This was originally published in April 2009.

Generally speaking, celebrities really don't have much impact on politics. And when they do, it's probably the opposite of what they had in mind. 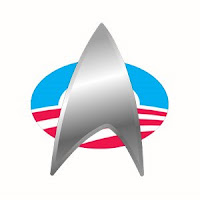 In other words, if I was running for president, or even dogcatcher, I'd beg Susan Sarandon and Sean Penn to throw their support elsewhere.

Even good ol' Chuck Norris, who most people actually like, didn't really do much of anything for Mike Huckabee's campaign except generate a few chuckles. 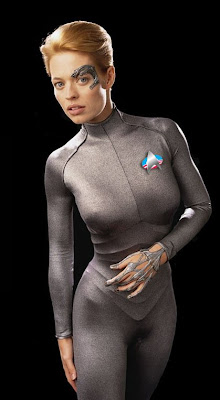 But then there's Jeri Ryan.

The actress who played Seven of Nine in Star Trek: Voyager (as well as roles on Boston Public and Shark) single handedly, if unintentionally, changed the course of American history. It's an interesting footnote that's been completely overlooked.
What the hell am I talking about?

Well, back in 1999, Jeri Ryan sought and obtained a divorce.

In sealed documents, she basically accused her husband of being a pervert. The actress claimed that he had asked her to perform sexual acts with him in public, and forced her to accompany him to sex clubs in New York, New Orleans and Paris, one of which she described as "a bizarre club with cages, whips and other apparatus hanging from the ceiling."

I mean, God knows that's what I would do if I was married to Jeri Ryan. But, I suppose that's beside the point.

Documents in the case were sealed for five years, but then opened in 2004. By then, Star Trek: Voyager had gone off the air and Jack Ryan (no relation to the fictional hero of the Tom Clancy novels) was running for an open U.S. Senate seat in Illinois. In fact, he was a cinch for the Republican nomination and almost certainly would have gone on to victory in the general election. Enough people still liked Republicans back in 2004. 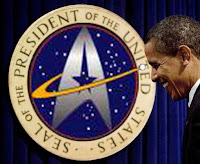 The sex scandal destroyed Jack Ryan as a viable candidate. He dropped out and was replaced by volatile and unelectable Alan Keyes as the Republican nominee.

Keyes was easily defeated by the Democrat, a little known state legislator who -- as a direct result of this victory -- would go on to big things very, very quickly.

His name was Barack Obama.
Posted by The Newsman at 12:03 PM

Send your tips and feedback, good or bad!